Home / Blog / Common Prepositions List: Peculiarities of Use and Combination with Other Words

Common Prepositions List: Peculiarities of Use and Combination with Other Words 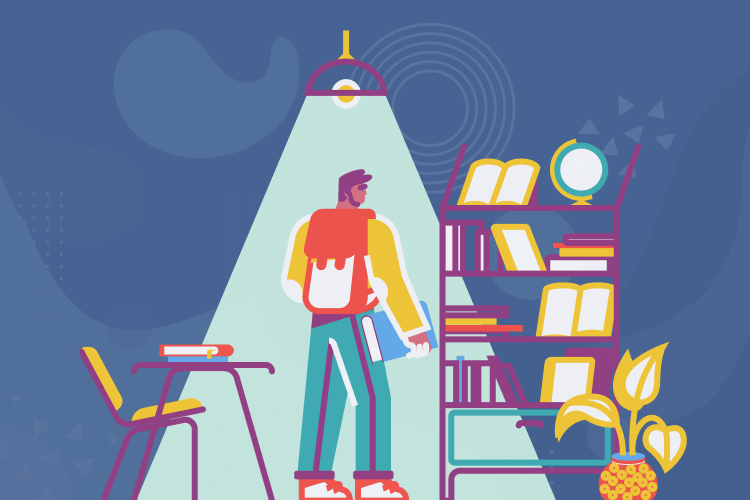 Prepositions are used to connect a pronoun, noun, numeral, or gerund with other words. In English sentences, prepositions play an exceptional role, helping words to denote the corresponding connection in interaction with each other.

In modern English, the endings of cases are almost absent. Therefore, prepositions here are one of the main means of expressing the connection of a pronoun or noun with other words.

Prepositions play an important role in word formation and are part of a large number of different phrases and expressions: at last, at first, at home, at night, in vain, on foot, forever, by the way, etc.

The Difference Between Preposition, Adverb, and Postpositive

To distinguish between a preposition, an adverb, and a postpositive, several important aspects should be considered.

First of all, it should be mentioned that many simple prepositions (in, by, over, after, etc.), a number of derivatives (behind, before, below), and complex prepositions (besides, within, without) coincide with the corresponding adverbs, and prepositions by, in, off, on, over, up are homonymous to postpositives. And they are often similar even in meaning. This similarity of homonymous groups ‘preposition – adverb – postpositive’ both in form and meaning is due to their common origin from adverbs. However, in a phrase or sentence, prepositions, adverbs, and postpositives perform different functions, according to which they are distributed.

The adverb, in particular, in contrast to the preposition, having an independent meaning, serves as a member of the sentence. For example, We haven’t seen each other since yesterday. Since an adverb cannot convey the relation of another part of a sentence to a noun or pronoun, it cannot be followed by a noun or its equivalent, as we observe when using a preposition. This is the most characteristic feature by which we recognize in the sentence adverb and preposition.

The syntactic function of the propositive, on the contrary, is to express the relationship between the members of the sentence, forming a phrase of two members, one of which is the main and the other – the dependent. The main member can be a noun, pronoun, numeral, verb, adverb, adjective, substantivized adjective, or verb adjective. A dependent member can be a noun or that part of speech that is able to perform the syntactic function inherent in the noun, as well as an adverb, a group of words that form a predicative inversion with impersonal verb forms, or a subordinate clause. Here is an example: The air around us and above us is clear. Here after the preposition above, there is the pronoun us.

The preposition and the postpositive are similar in that they cannot perform the functions of a member of a sentence. The difference between them is in their function and the nature of their connection with other words. The postpositive participates in the formation of a complex verb, has an independent accent, and is therefore directly related only to this verb. This connection with the verb does not depend on where the postpositive is – directly after the verb or after the subordinate verb of the subordinate clause. Consider an example: They have drawn up a new outline.

Unlike the postpositive, the preposition is related to those members of the sentence whose relation it expresses, and without having an independent emphasis, it is internationally adjacent to the noun or pronoun that follows it. Here is an example: It largely depends on you. Here the connection between the verb depends and the pronoun you is made using the preposition on.

In addition, if there are several homogeneous objects in the sentence, the preposition can stand in front of each of them, which is not typical of the postpositive.

The Place of the Preposition in The Sentence

Consider the place occupied by the preposition in the sentence:

We should also mention the cases of omission of the preposition in the sentence. Prepositions are sometimes omitted to preserve conciseness and reinforce thought: He is busy (at) reading.

The Meaning and Use of Prepositions

Here is a list of the most common prepositions:

Peculiarities of The Use of Prepositions of Time

Prepositions of time: at, on, in, since, until/till, by, from … to/until, before, after.

At is used in the following cases:

Specificity of the Use of Prepositions of Place

Prepositions of the place include the following: at, on, in, over, between, among, beside, in front of, behind, next to, near, below, above, opposite under / underneath.

General Rules of the Use of Prepositions of Direction

The material represented in this article will definitely help you remember the most common prepositions and the peculiarities of their use in a sentence. Just study it carefully.

Get more info from our insights!

At Paytowritepaper, our main objective is to provide a high-quality assistance for academic assignment of any complexity. Except of writing help, we also share guides to different tasks and other information about student's lifestyles. Check the recommendations and reach our writers if you need any kind of writing assistance!

I am totally satisfied with the paper’s quality. This is the first time I use such a custom essay writing service. To be honest, I did not expect too much from using Paytowritepaper.com, but this was my mistake. From now on, I am going to tell all my friends about my super experience with this website. Thank you, guys, very much for the fact I did not need a revision.

I thought that the best custom essay writing service does not exist. However, I was wrong, hopefully. It seems like Paytowritepaper.com is the one and only website that produces non-plagiarized papers. So they did when I asked them to write the essay for me. The quality of the paper was impeccable! I recommend this service to everyone who is looking for a unique custom essay.

I am really excited to have the experience of cooperating with Paytowritepaper.com. The main thing I would like to admit is the professionalism of the writers. It is true that they are experts with a certain degree in some discipline. The essay that I ordered was mistakes- and plagiarism-free. The paper was written in pure English, so I did not ask to revise the paper.

Thank you, guys, for your awesome assistance! I am so happy to use your service. It goes without saying that there are native English writers who work on the papers. Even though I doubted that the native English speakers would agree to work for such a low sum of money, it seems like I was not right. I have never had such an excellent experience of cooperating with essay writing service writers.

I am very happy to be a customer of Paytowritepaper.com. They offer a wide range of services and assignments. Whatever type of paper you need, they can handle it. It happened to me too. I needed a coursework in Chemistry, so I placed an order. To tell the truth, I did not expect 100% that someone would want to help me with this kind of paper. Fortunately, Paytowritepaper.com employs various specialists, do my coursework was perfectly written.

There are many writing services online, but Paytowritepaper.com is the one with the fairest pricing policy. The prices are really very low for such a service. So a student on a tight budget can afford him or herself to buy a paper for a reasonable price. The quality of the paper, however, was great too, despite the fact the price was not high. I truly recommend this service to everyone who wants to save money!

I am happy to admit that the navigation within the website is so easy if compared to similar services online. It is really simple to use the website and place the order. On the contrary, if you use other websites of a similar service, you will face the complicatedness of the web site’s content and organization. So if you need to place the order ASAP, there is no better site than Paytowritepaper.com.

The ordering process is such an easy one! It took me just a few minutes to fill in the order form. So I did not have to spend a lot of my precious time on such a routine! Therefore, I do recommend Paytowritepaper.com to those who want to save not only their money but also their time. Thank you for your greatest assistance! Really appreciate your service and will use it again and again!

I have never had such a wonderful experience of using an essay writing service. It is worth mentioning that the customer support representatives are very friendly. They are professional in what they do and very and very polite. Thank you for your assistance. I will never forget your patience and applied efforts to help me cope with my home assignment. I am glad to find you and use your service!

I am really excited to use Paytowritepaper.com. I used this awesome service for the first time and got a huge discount for being a newbie. Therefore, I saved some money and am likely to spend it on the next order on Paytowritepaper. I know that this service also features discounts and bonuses for loyal customers, so I am going to use it over and over again. Thank you guys!

I needed to have my paper be written for a very short time. Unlike other writing agencies, the Paytowritepaper.com team managed to write my paper for the least amount of time. They are as fast as a rocket. So I do recommend it for those students like me who do everything at the last minute. I am so grateful for you to help me get my A+ for the essay.

My overall impression of the company is positive. Moreover, I might say that it is super positive! First of all, the writers are professionals and deliver the paper on time and without any punctuation, grammatical, and stylistic mistakes. Secondly, there is a system of bonuses for any kind of customer. So you might save a lot of money with Paytowritepaper.com.

I might say that the quality of the essay that I ordered from Paytowritepaper.com is higher than average. The essay was 100% original, and there were no mistakes at all. I am completely satisfied with the quality of this agency. My friend told me about this service, so I would like to continue this tradition and offer this service to other students like me. Thank you very much for your high-quality assistance!

I must mention that the writers are real professionals. They do know how to use various formatting styles, unlike me. Also, they are keen on composing absolutely genuine papers with no grammatical errors. The writers are native English speakers truly because I did not find any typos or stylistic mistakes. Thank you, guys, a lot for your prudent and effective assistance!

The service is the greatest because there are no hidden prices. You know exactly what you pay for. Moreover, you might choose the type of service you need because there is a wide diversity of assignments the team of writers can cope with. Whatever essay type you need, just place an order, and there you go! There is always someone on duty to help you with your essay type, even if it is a dissertation chapter.

Common Prepositions List: Peculiarities of Use and Combination with Other Words

Prepositions are used to connect a pronoun, noun, numeral, or gerund with other words. In English sentences, prepositions play an… 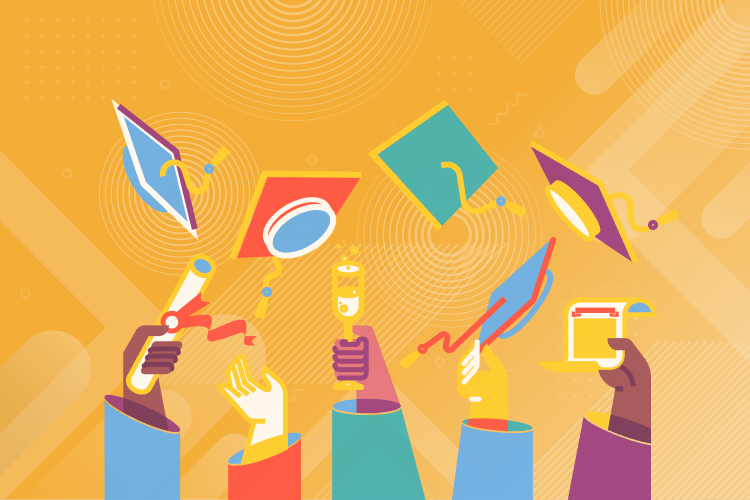 Before writing an essay, you need to prepare for it. Your task is to organize the information correctly and convey…

Dissertation Abstract Writing: Make Your Way to a Perfect Paper 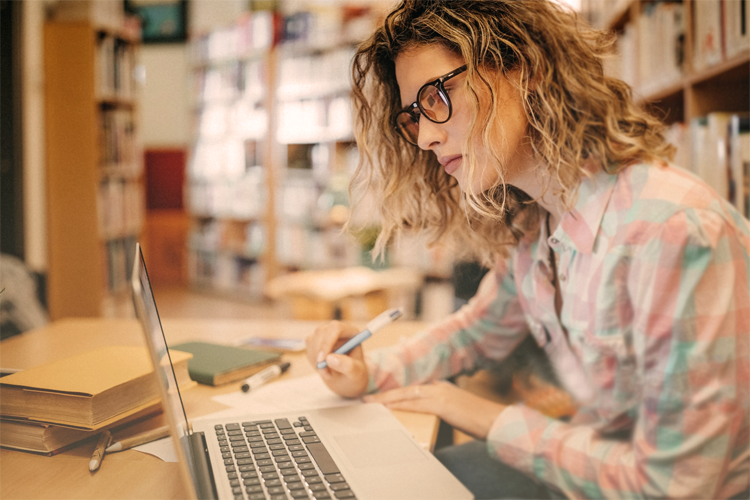 Writing a Dissertation Abstract: Term Definition First and foremost, to write a dissertation abstract, you need to define the task….